Popular and Common Party Drugs that Cause Long-Term Damage Party drugs are any type of drug that is used in a party atmosphere. Any of these drugs can also be used outside of a party. But party drugs have acquired their name because of how often their usage overlaps with parties. Marijuana and hallucinogens are two common party drugs. While they may be associated with the party scene and seemingly harmless as a result, these drugs can cause long-term damage. Their use is not to be taken lightly. No amount of party drugs is considered inherently safe for consumption.

What Are Party Drugs?

Party drugs are any drug commonly used at clubs, bars, house parties, college parties, concerts, nightclubs, etc. Many of them are psychoactive, which means they alter the user’s perception. Almost all the common party drugs are illegal. However, that does not mean they are not widely available. A few of the reasons that people, especially young adults, use party drugs include:

Many different party drugs exist, each of which is used for slightly different reasons and produces distinct results. Any positive short-term impact is outweighed by their potential dangers, especially when these drugs are mixed with alcohol.

Party drugs tend to fall into one of five categories. Learn more about these common party drugs in this list of party drugs below.

Inhalants are products that contain chemical vapors. When inhaled or huffed, these vapors produce a temporary high. Many household products are examples of inhalants. Side effects from inhalant use include delirium, muscle weakness, blackouts, and tremors.

Stimulants as a category are a bit more diverse than the previous categories of common party drugs. That’s because many stimulants are also valid prescription medications. Their application as party drugs is an abuse of their intended outcomes. Adderall and Ritalin, both prescription drugs used to treat ADHD, are commonly abused as party drugs. Stimulants increase energy, talkativeness, and sociability. This makes them ripe for abuse in the party scene. Examples of illicit stimulants are cocaine and meth. Those drugs are much more dangerous to use than prescription stimulants. Meth, in particular, is one of the most harmful drugs as it can cause heart damage, dental decay, and psychosis.

La Fuente Hollywood is not here to judge any past mistakes or drug use. We are simply here to help you overcome addiction and forge a better future for yourself. Discover help with party drug addiction by calling 844.956.3514. 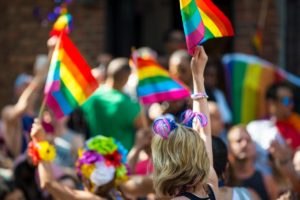